What is chip tuning?

Chip tuning is a widespread term in the tuning industry. Those who want to achieve more power in their vehicle usually resort to chip tuning. By now, a number of terms have been assigned to chip tuning: Performance enhancement, engine tuning, diesel tuning, OBD tuning, sensor tuning, map or control unit optimization or injector tuning.

Originally, the term chip tuning originated in the 90s. At that time, engines equipped with an electronic engine management system had their eproms - the core of an ECU - desoldered and reprogrammed. Over the years, chip tuners have steadily developed and expanded their techniques.

Nowadays, vehicles do not have eproms, but processors. Here, the control units are no longer desoldered and overwritten. Various interfaces are used to rewrite the control unit. The engine control unit, monitors various parameters of the car (including temperature, load, fuel injection, boost pressure, etc.) and adjusts them to the appropriate driving style. In this way, the control unit guarantees the driver optimal driving behaviour at all times. The chip tuning transmits modified characteristic maps or values to the control unit in order to change the parameters. By means of this modification, an increase in performance can be achieved with little additional load on the entire engine.

There are various ways to produce such a change in engine values. Old cars are still chip-tuned by means of soldering. The chip can also be changed completely instead of just overwriting it.

Most cars registered after 2000 have a standardized OBD2 interface for vehicle diagnosis. The software of the ECU can be read out and adjusted via this interface. For all cars that do not allow OBD2 optimization, for example, the BDM port is used. The same interface is also used by the manufacturer to upload the software.

Another variant is an add-on module - colloquially known as a tuning box. This is connected between the control unit and the sensors. The chip tuning sends new values to the engine control unit in order to adjust the various parameters such as fuel injection and boost pressure. The modified values are adapted to the specific engine in advance. The advantage of an add-on module is the simple installation and the removal without residues, which is also possible by the vehicle owner. After removal of the add-on modules, the vehicle is back in its standard condition. 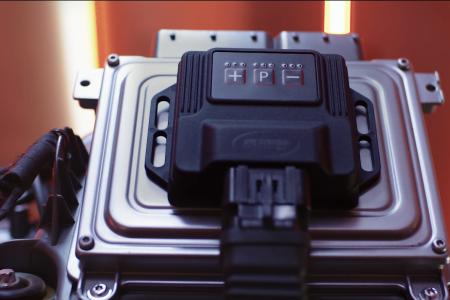 DTE Systems: safe and healthy tuning
DTE Systems PowerControl is an add-on module that increases power and torque by adjusting the important engine parameters without exceeding the healthy, possible maximum. Safety is part of healthy chip tuning: That is why DTE is a member of the VDAT and stands by the high quality standards of the Association of Automotive Tuners. In addition, an audit is carried out every two years by the TÜV, which enables DTE Systems to offer the necessary TÜV parts certificates for the tuning systems. Today, the parts certificate is already included for over 4,000 vehicles with PowerControl. Thanks to the in-house MAHA dynamometer, the performance of the vehicles can be measured and evaluated directly by the DTE engineering team. This enables a precise determination of the performance data and the development of the necessary additional performance. In the process, all displayed performances are measured in several test runs. 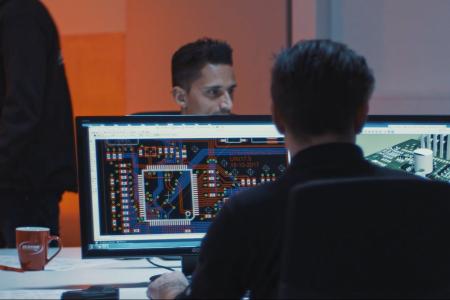 Development and production of German tuning technologies
In addition to the in-house development and production of chip tuning and throttle tuning, DTE Systems has been producing innovative technologies for 25 years. For example, the multichannel technology optimizes up to 5 channels in real time and thus creates a perfect tuning of all important engine parameters. At the same time, each DTE tuning can learn the individual characteristics of your vehicle by means of the Auto-Adjust function. Through each of these innovations, DTE Systems ensures the safety and added performance of your vehicle - whether car, truck, tractor or boat.
X