Defender with more power due to chip tuning PowerControl


Fast and strong with PowerControl

The Land Rover can already be seen as standard, PowerControl thereby also tickles the remaining performance potential out of the off-road vehicle and turns it into a high-performance powerhouse. The DTE PowerControl Land Rover tuning gives the Defender performance model an impressive increase of +30 hp more power and +50 Nm more torque. At the same time, the dynamics and speed of the Land Rover Defender also increase slightly by 0.4 s between 50 - 100 km/h (4th test gear). The improved driving dynamics and powerful performance are immediately noticeable and ideal for quick overtaking and a strong performance on any terrain.

Better acceleration in the Defender

With PedalBox+ connected to the accelerator pedal, response can be instantly improved. There are four programmes available to the Land Rover Defender driver: City, Sport, Sport-Plus and Standard. With just the push of a button, the off-roader gets even more traction. The accelerator tuning is also available via smartphone control: with the appropriate PedalBox app, the tuning box can be easily switched on or off via smartphone. In addition, all individual settings for the Land Rover Defender can be saved in the smartphone app. This means that the PedalBox+ always starts with the settings that suit the off-road vehicle. 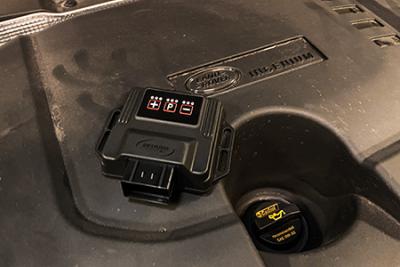 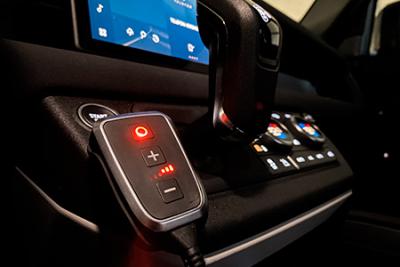 PedalBox in the Land Rover Defender