Revolution "Made in Germany"

People are in a state of excitement - Again! After the SUVs, Cayenne and Macan, the rediscovery of the diesel engines, and the Panamera, here comes the next shocker: From now on the Porsche 911 Carrera S and 4S II will no longer carry a small naturally aspirated engine, but a twin-turbo unit in the rear. „Revolution“, the traditionalists are shouting. „Finally“, says the DTE-Tuning-Team rubbing their hands with satisfaction. 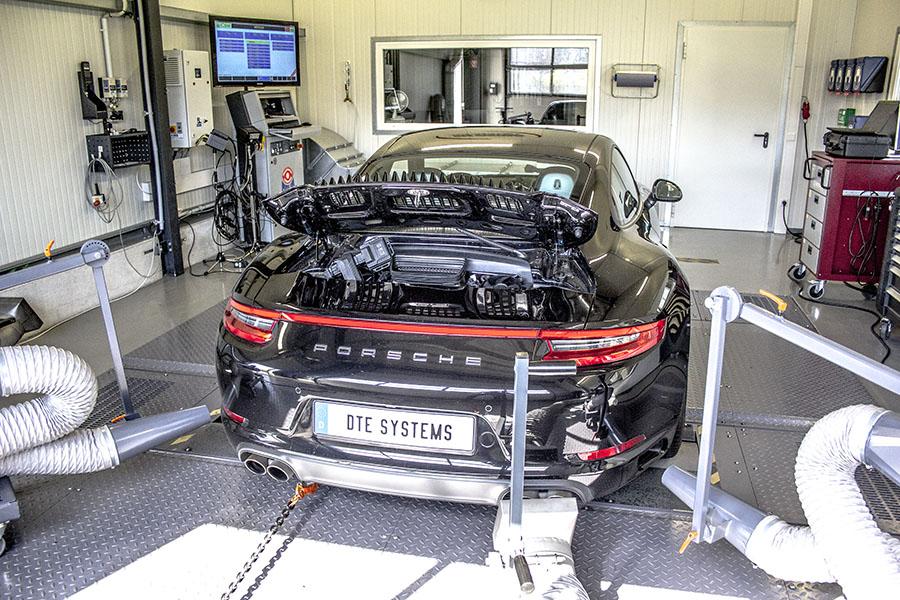 
Evolution instead of Revolution

In use comes the DTE performance tuning called PowerControl SNT for all vehicles with modern SENT-Technology. The DTE-performance tuning captures and optimizes digital SENT-signals and, at the same time, important analog signals of the engine management system. With that, the Power Control SNT tuning system is the evolution in sensor tuning. Perfectly matched with the proven multi-map technology of DTE and Engine Protect + in order to protect all important engine functions. Click, the tuning-module locks. Built-fit, the PowerControl SNT finds its spot and is connected to the central engine management sensors. To permanently, noticeably, and solidly improve the performance of the 911 over the entire speed range, the DTE tuning-specialists use various ports and sensors. Including the camshaft and the supercharging pressure sensor as well as the sensors for the fuel injection. „The intensity of tuning varies depending on the load change“, explains developer Detlef Strube: „Doing so, all control parameters for each output range need to be precisely tuned.”

Take the curve with more muscle!

DTE provides the extra power that can turn a smile into a huge grin with the performance tuning PowerControl SNT. With more horsepower (+ 42 HP) and more torque (+ 87 Nm) you can tackle the curve with more muscle – as far as physics permits – and getting out as punchy. This is how the - only weeks young - Carrera 4S can storm beneath the wind from landmark to landmark with a total height of 1.30 meters. The forward thrust seems to stretch the landscape. The acceleration values, of being now two seconds quicker from 100 to 200 km / h than in series, impressingly underline that. 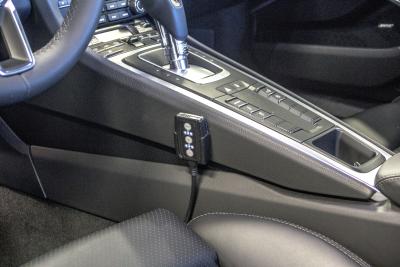 Optionally combined with the PedalBox you can double the enthusiasm. It's really impressive to see how the systems work together: optimal power with optimal transmission. The handling is as self-evident and always to the point. And is the throttle response strengthened, the performance is straightly served.