The Ford Focus is the world's best-selling car with more than 1 million units sold per year. Every 90 seconds, a Focus rolls off the production line. Ford wants to continue its success story and the engine is the driving force. The 1.5l-liter Ecoboost petrol engine is available with 150 hp and as a stronger version with 182hp. Both engines generate 240-Nm (177 ft lb) of torque. 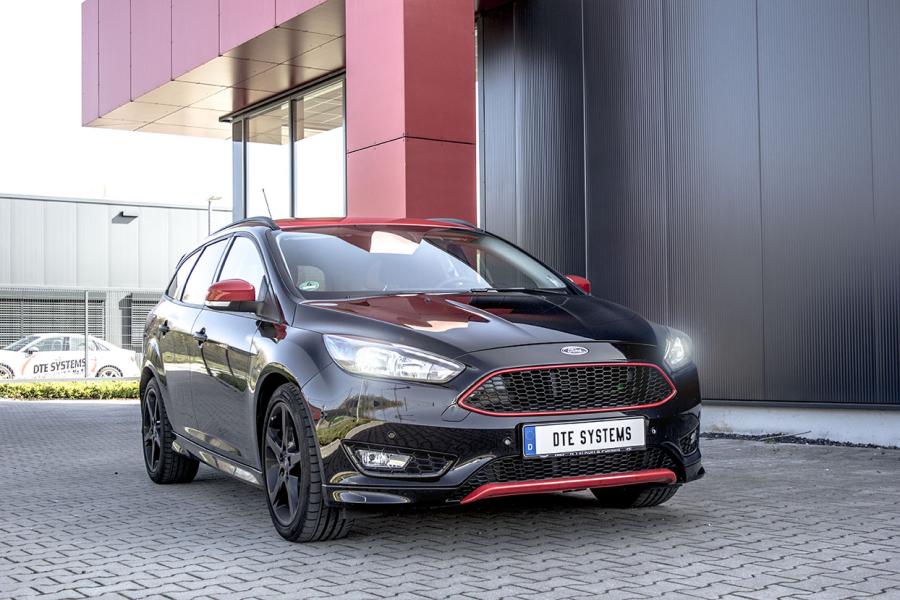 Especially in the compact class, the competition is aggressive: SEAT offers the Leon and Vauxhall the Astra K also with 150 hp. Therefore, the charged Focus four-cylinder gets a powerful support from DTE Systems. The chip tuning increases the Focus Ecoboost’s performance (187 hp / + 37 hp) and torque (298 Nm / + 58 Nm). Using the DTE chip tuning box, the Focus Ecoboost 1.5l not only leaves the competition behind, but also the EcoBoost’s next engine variant by 5 hp.

The PowerControl chip tuning box finds easily its place in the engine compartment. The tuning box is connected to the Ford’s central sensors of the engine management, including the sensors for the injection, the intake manifold pressure and the camshaft. Without further settings, the first test ride can start! A piece of advice: If you want to save fuel, switch to the Efficiency mode. 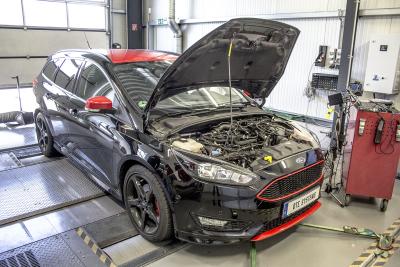 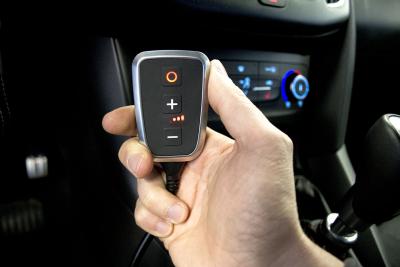 Accelerator pedal tuning for the Focus: acceleration at its best

Sprinting from 0 to 62 mph takes the Focus Ecoboost a mere 9 seconds. Faster and free of any delay is possible only with the PedalBox. The accelerator pedal tuning for the Focus improves the responsiveness and ensures dynamic acceleration. No matter if you start at the traffic light or at the intermediate sprint on the highway, the accelerator pedal tuning PedalBox is the best addition to PowerControl.