The 3.6-liter turbo in the current Porsche Macan sets new benchmarks in its vehicle class. The V6 petrol engine is the most powerful of its kind with a stock performance of 440 hp and a torque of 600 Nm. The Porsche SUV is already a fast-paced athlete in its class, including a performance package and all-wheel drive. The design and driving dynamic already promise: The Macan is a real Porsche thoroughly! With the chip tuning box PowerControl from DTE Systems, the German surpasses its own top scores. 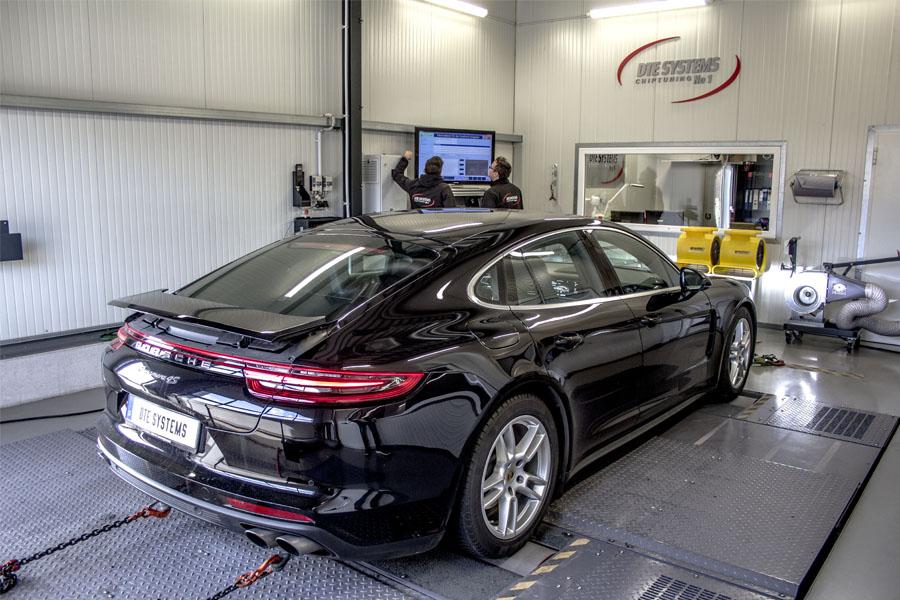 The Macan 3.6 Turbo gets +58 hp and +143 Nm more torque under its hood with the DTE tuning box. The tuning is connected to the central sensors of the engine management, including turbo and intake manifold pressure. The incoming signals are recorded, optimized and passed on to the control unit in the Porsche. After installing the tuning module, the Porsche returns on the road. Now the sports car can show its full potential. With the DTE motor tuning, the Porsche Macan proves its unbeatable pull. The Porsche gets from 0 to 100 km/h in stock performance in 4,4 seconds. - values which now can be underbid with the DTE tuning.

PedalBox: Strong start for the Porsche with the DTE accelerator tuning

DTE Systems brings even more sportiness into the life of the Porsche Macan with the PedalBox. The pedal tuning improves the acceleration by further +10%. The driver has the choice to select between three driving modes: City, Sport or Sport-Plus. All modes can be adjusted with the plus and minus buttons at any time.The PedalBox can also be individually customized for the Porsche Macan with the new feature PerfecTune from DTE Systems. With PerfecTune the throttle response is significantly optimized and the response behavior of the compact SUV noticeably increased. The result is an intense driving pleasure for all Porsche drivers on all routes. 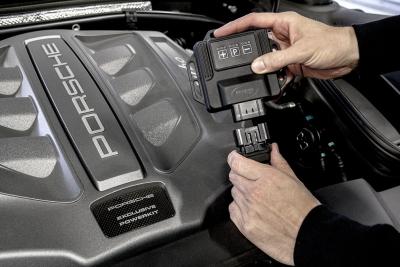