Chip tuning for panel vans: DTE Systems opens up a new dimension of performance for the Ford Transit

"Van of the Year" - was already a great award for the Ford Transit in 2013. DTE Systems now let the commercial vehicle feel an also great performance upgrade, so that functionality and power can be reconciled even better. 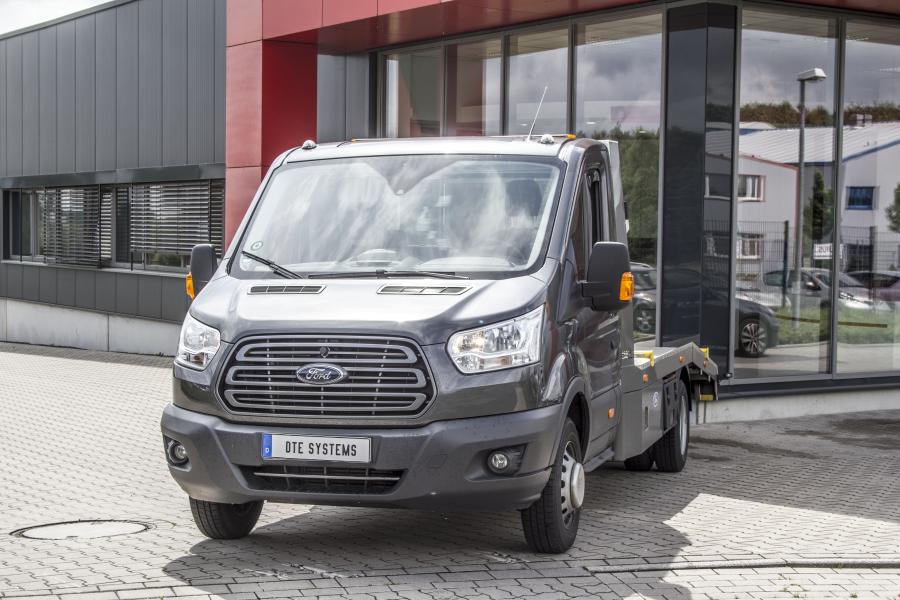 The Ford Transit has been produced since 1965. Visually, the van from Ford is rather restrained. Regardless of whether it is a pick-up truck or minibus, DTE's chiptuning means that the Transit can be convincing on every track. The Ford Transit 2.0 TDCi as a panel van generates 130 hp with a torque of 385 Nm (284 lb ft) in stock condition. With the PowerControl tuning box, the van gets a lot more. After the installation of PowerControl the Transit increases its output by +28 hp and +60 Nm more of torque. Thus, the Ford Transit with the DTE's performance tuning succeeds a much faster start, that fits well for the daily tasks of a modern commercial vehicle. But also the Transit chassis cab benefits from the PowerControl's additional power. The performance boost allows the Ford an improved performance by +25 HP and +60 Nm. This is how DTE Systems ensures speedy travelling, which feels comfortable and secure on every route.

PedalBox+: Better acceleration for the "Van of the Year"

In addition to the performance increase, DTE also ensures optimized acceleration. The PedalBox+ improves the Ford Transit's acceleration by +10%. With the throttle tuning from DTE, there is no more obstacle in the Transit's way. Three different driving modes - Sport, Sport-Plus and City - can be selected according to the driver's preference. The plus and minus buttons enable a fine adjustment of the individual programs at any time. So, driving pleasure with the PedalBox+ is also noticeable in the comfortable Ford Transit at any time. 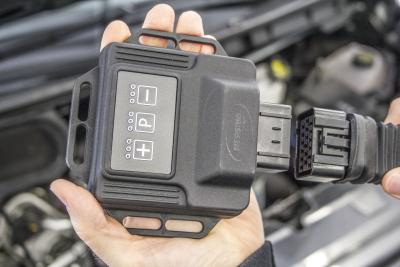 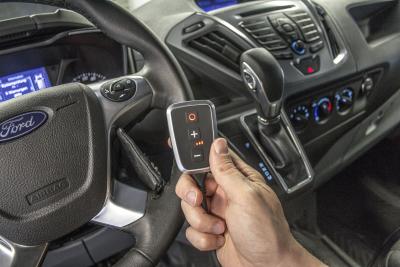