Extremely comfortable and best driving dynamics: The new BMW X3 has an all-new M engine with gearbox and drivetrain from the M5. The standard version generates 473bhp and 442lb ft while the X3M Competition comes with 503bhp and the same output of torque. The 0-62mph sprint is done in less than 4.2 seconds. These performance figures are a significant improvement compared to the X3 M’s predecessors. But DTE Systems can improve even those – in an impressive way.. 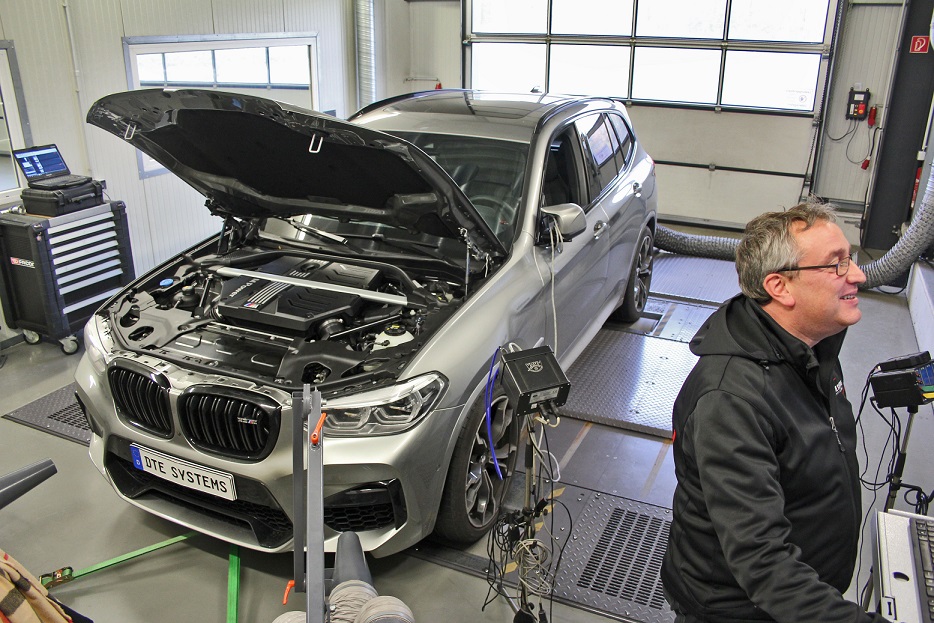 Ready for the real BMW M potential: with PowerControl RX

The newly developed performance tuning box PowerControl RX is used in the BMW X3 M with 473bhp standard power. The S58B30A engine is also installed in the X4 and only available since September 2019. In the future, the engine predestined for performance tuning will also be the main unit in the M3 and M4 - reason enough for the tuning experts at DTE Systems to uncover the engine's potential.

Three connections for the biggest potential

The tuning system PowerControl RX is connected to the central sensors of the engine management system. "We use the boost pressure, intake manifold pressure and camshaft sensors for the BMW X3 M," explains Head of Development Detlef Strube. Immediately after the installation, the power of the DTE tuning box is noticeable evenly over the entire speed range. The power in figures is exceptionally impressive. 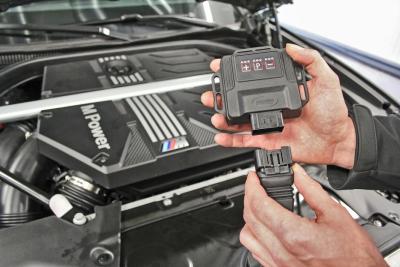 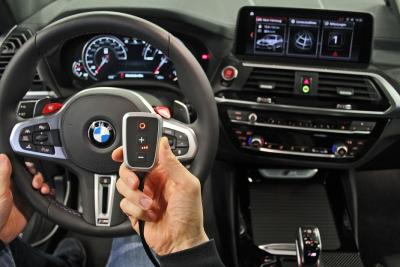 The additional +154 hp (+152 hp) and +114 lb ft are performance figures that even outshine a Mercedes G65 AMG or a BMW M5 Competition. Also, the acceleration of 62 to 100mph is improved by just over 1 second in the fifth gear. But the performance tuning is able to do even more: With the PowerControl smartphone app, the driver can easily customize the tuning program and can choose between the driving programs Dynamic, Sport and Efficiency. Other app's highlights are the integrated warm-up timer or the sport instrumentation panel, which shows the engine performance in real time on the smartphone's display. The tuning customization via voice control is also completely new: Changing program settings, displaying the real-time values or the activation of the tuning can be done without taking the hands off the steering wheel.The throttle response controller PedalBox also significantly improves the responsiveness of the BMW X3 M. The tuning is only connected to the electronic accelerator. Now, the acceleration can be done without any delay. Using the smartphone app the feeling of speeding up can also be customized.