The top of the line: The new Audi A8 (D5) reaches its peak power with the tuning package from DTE Systems

In competition for the pole position in the German premium segment, the luxurious vehicle from Ingolstadt now trumps with the performance increase PowerControl X from DTE Systems. The new Audi A8 50 TDI is powered by a 3.0-litre V6 with a series performance of 286 hp in the series. With the engine tuning of DTE Systems and now 322 hp, the Audi TDI leaves the Mercedes S 350 d (286 hp) and the more powerful BMW 740d (320 hp) behind. The new DTE performance tuning box in the new Audi A8 lets the maximum torque increase to 669 Nm (493 ft lb).The very first pressure on the accelerator pedal conveys the enormous tuning result: A noticeable increase in power across the entire engine speed range. 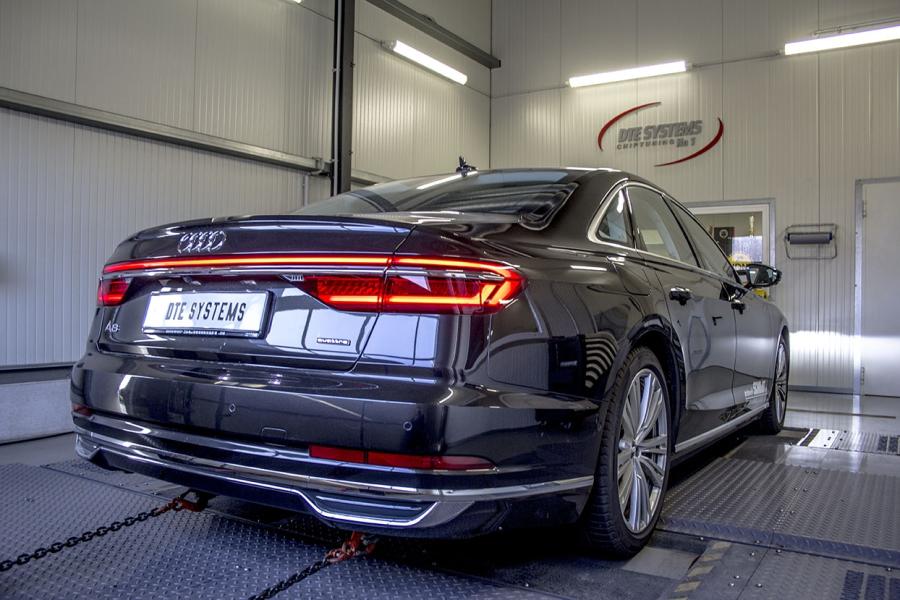 In the engine compartment - directly behind the redesigned single-frame grill - the Audi A8 makes a good match with the tuning box PowerControl X. The tuning box is connected to the central sensors of the engine management system: boost pressure, camshaft and rail pressure. Now, the incoming signals can be detected, optimized and dynamically forwarded to the main control unit. DTE uses modern multi-map technology and perfectly controls demanding engines. For example, PowerControl X can also be used without restrictions on vehicles with a diesel particulate filter. Compliance with the exhaust emission values is confirmed by the vehicle-specific parts certificate.

The performance tuning box PowerControl X is the latest electronic engine tuning from DTE Systems. All X-Series tuning modules can be controlled via smartphone from the driver’s cockpit. The PowerControl app provides live information about the current engine performance while the smartphone is easily mounted at the car’s dashboard. The A8 driver uses the new smartphone app to design an own driving profile. By a simple finger pressure, a personal tuning set is selectable and the warm-up timer adjustable. A highlight is the accelerometer, which represents the lateral and longitudinal acceleration of the Audi A8. 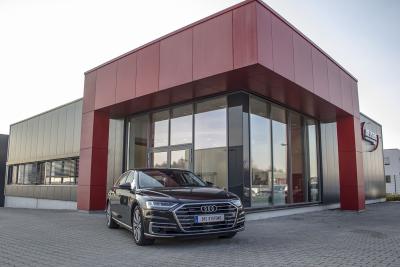 PowerControl for your Audi A8 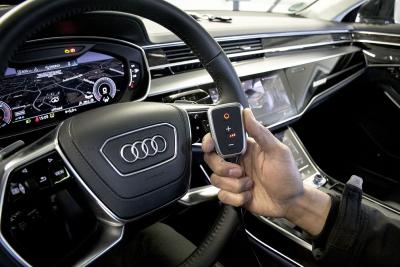 Audi A8 PedalBox with app

Audi accelerator tuning with the PedalBox

For the final performance, the Audi A8 is upgraded with the accelerator tuning system from DTE Systems. The PedalBox is connected to the Audi’s electronic accelerator pedal with two plug connections. With all standard equipment, the A8-TDI 50 has well over two tons unladen weight and accelerates from 0 to 62mph in 5.9 seconds. Sovereign overtaking succeeds with the PedalBox with up to 10 % improved acceleration. The result is convincing: The response is much more dynamic and every movement of the accelerator pedal is transmitted to the road without any delay. Once picked up speed, the luxury flagship vehicle marches forward evenly and powerfully. Using the PedalBox, the driver can choose between more than 20 different and customizable tuning programs.

Chip tuning for your Audi A8