After more than twenty years, Renault is once again launching a vehicle under the Alpine brand. The Renault Alpine A110 is a compact two-seater coupé and visually reminiscent of the Porsche Cayman or Audi TT. In series production, the turbocharged 1.8-liter mid-engine in the Alpine A110 produces 252 hp and 320 Nm. Unlike the competition, the A110 is also 300 kg lighter. 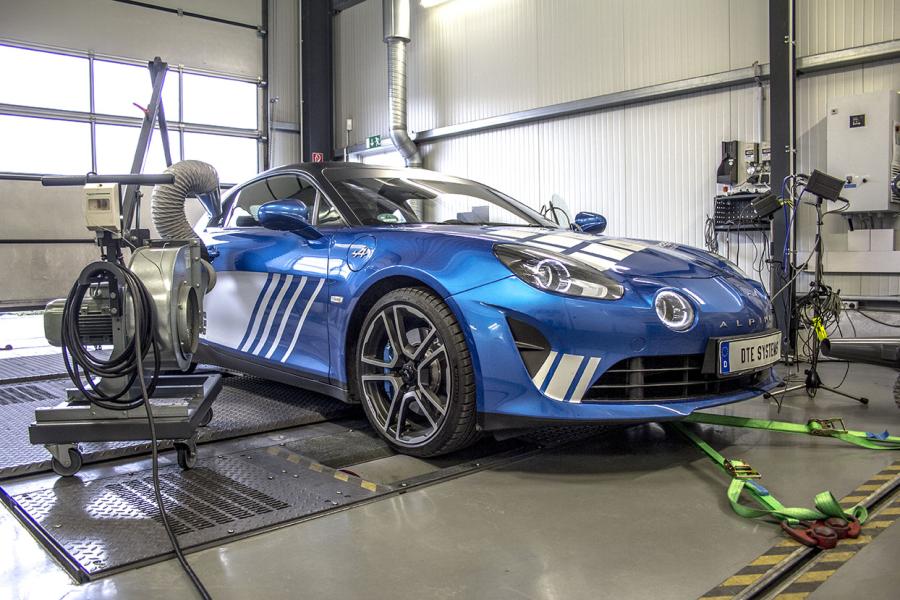 For the ambitious Alpine driver, DTE Systems lets the A 110 off the leash with the PowerControl X chip tuning. The DTE tuning is developed on the in-house test bench. The result is convincing: 292 hp and 369 Nm. That is an increase of +40 hp and +49 Nm over the series values of the Frenchman. High power and low mass result in a good power-to-weight ratio. With an unladen weight of 1,100 kilograms and 4 kilograms per horsepower, you can look forward to a good tingling sensation in your stomach.

The Renault Alpine with the chip tuning from DTE convinces both in relaxed cruising and at top speed. The Renault tuning offers a total of three driving modes to choose from: Sport, Dynamic and Efficiency. Depending on the driving program of the DTE performance upgrade, the engine performance of the A110 varies. The DTE PowerControl X performance upgrade can be controlled both via the keypad on the tuning box and via smartphone app. The additional power of the DTE chip tuning can thus be easily switched on or off. And at the touch of a button, the Alpine driver can choose between the tuning programs coordinated by DTE. 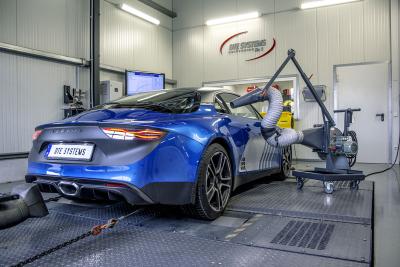 Renault Alpine A110 on DTE's dynamometer 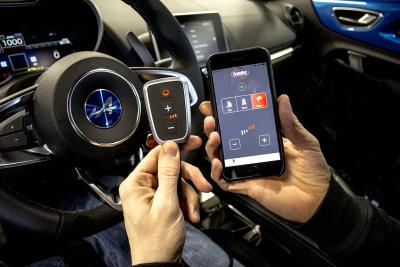 PedalBox for the Renault Alpine A110

Accelerator tuning for the Renault Alpine

The Renault Alpine (2017) reaches 100 km/h in 4.5 seconds. More power for the A110 is available with the gas pedal tuning from DTE. The PedalBox+ is connected directly to the accelerator pedal and thus optimizes the gas pedal characteristic curve. The tuning result is immediately noticeable: faster starting, better acceleration and more confident overtaking. The PedalBox also has three different and fully customizable driving programs. The gas pedal tuning can also be controlled with the smartphone. This means that all driving programs can be conveniently changed in real time via the PedalBox app. In addition, all individual presets can be saved in the smartphone app. This means that the PedalBox+ always starts with the personal desired settings.

Chip tuning for Renault Alpine A110