The BMW M5 Competition is the new extra-powerful version of the already powerful M5 sport sedan. The 4.4-liter twin-turbo V8 in the M5 Competition generates 25 hp compared to the standard M5. The maximum torque of 553 ft lbs is the same for both models. The M5 Competition’s stock performance of 625 hp represent a decisive advantage over its all-time competitor – the Mercedes E63S with 612 hp. Now, this distance is increased significantly using the performance upgrade by DTE Systems: The chip tuning PowerControl RX and the gas pedal tuning PedalBox+ improve the Competition’s performance to 706 hp and 656 ft lbs. These performance values can command great respect among other competitors like Aston Martin DB 11 (608 hp) or Lamborghini Huracán (640 hp). 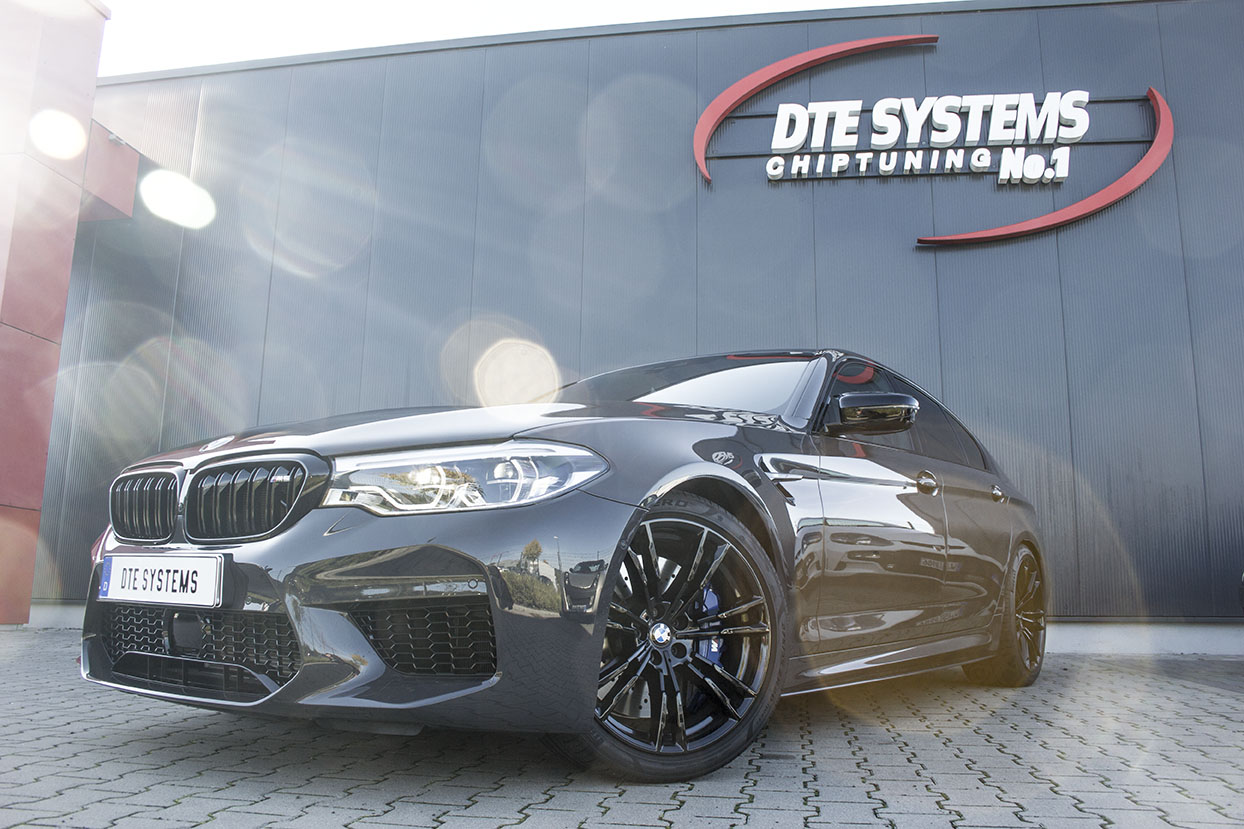 "The most powerful tuning in the DTE family is the PowerControl RX. The additional control unit optimizes sports cars such as the BMW M5 Competition", explains DTE's head of development Detlef Strube. The powerful DTE tuning box is connected to all central sensors and installed tailor-made in the engine compartment. In real-time the incoming signals are processed, optimized and passed on to the ECU. As a result, DTE's BMW M5 Competition combines the elegance of a sedan with the attributes of a sports car. On the street PowerControl RX delivers more horsepower (+81 hp) and torque (+103 lb ft) with an outstanding sovereignty. For the more adventurous M-drivers, the BMW pushes forward with a proper thrust that presses the passengers into their seats, once the right foot hits the ground.

The DTE performance tuning box PowerControl RX can be controlled via keypad or mobile app. The tuning extra power of the DTE chip tuning can be easily switched on or off. At the touch of a button, the M5 driver chooses between the DTE tuning programs: Sport, Dynamic and Efficiency. Another app’s highlight is the performance instrumentation panel, which displays the entire engine’s relevant performance data on the smartphone display. In addition, an innovative accelerometer shows the current g-forces applying on the BMW M5 Competition. 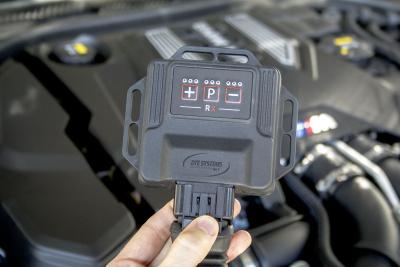 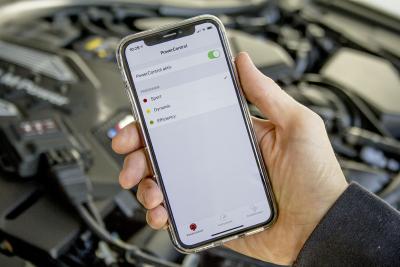 The eight-cylinder twin-turbo’s 0-124 mph time is 10.8 seconds with a top speed of incredible 190 mph (305 km/h), combined with the optional M Driver’s package. With the PedalBox, the accelerative experience is even more convincing. The pedal tuning system is connected directly to the accelerator electronics with only two plug-in connections and is immediately ready for use. The tuning result is immediately noticeable in the M5 Competition: faster driving, better acceleration and a confident overtaking. The PedalBox+ has four driving programs City, Sport, Sport Plus and Series to optimize the throttle response. All preset programs can be fine-tuned with the plus and minus buttons. This gives the BMW driver more than 20 different settings for an individual accelerator pedal tuning. Optionally, the PedalBox+ is paired via Bluetooth with the smartphone app. Now, all the functions of the PedalBox+ are available also on the smartphone display. A special highlight: The PedalBox app also ensures the most recent software releases thanks to its remote update services..