The 5 Series has a long tradition at BMW and with nearly 8 million models sold its series is extremely successful. The current offspring G30 should continue the success. BMW again highlights the brand’s core with the 540i. 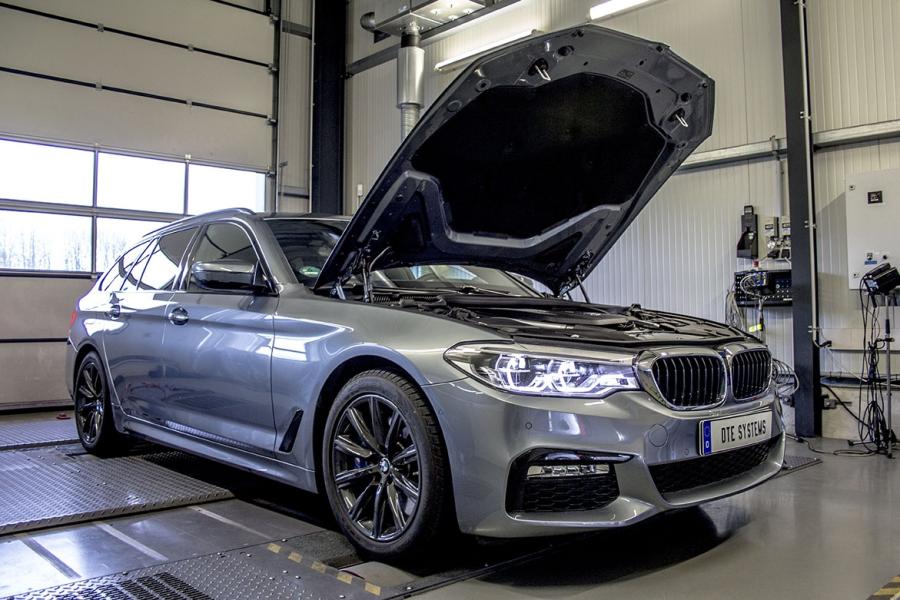 
BMW 540i: Tuning from DTE Systems

The current 540i is a six-cylinder for the first time. The engine is also installed in other BMW models under the bonnet. The 3-liter turbo generates 340 hp and 450 Nm on the road. Despite sufficient power, the weight of nearly two tons is still noticeable. Using the engine tuning by DTE Systems can help to drive the 5 Series dynamically.

PowerControl X: A much better performance for the BMW 5 (G30)

Since the onset of turbocharging and the associated high engine torque figures, the tuning boxes from DTE Systems are a real plus in terms of driving dynamically and with the full performance. Today, the performance tuning box PowerControl X with smartphone app demonstrates this effect. Connected to the central sensors of the engine management, the additional power of +57 hp and +80 Nm is also fed in immediately. The power of the performance box unfolds its effect in the 540i with an impressive sound. The 5 series is able to turn up and does not seem strained. 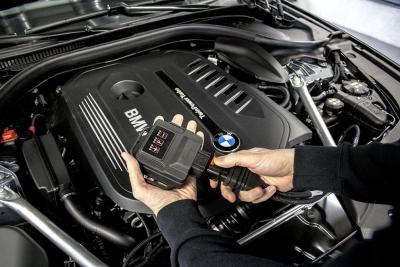 PowerControl X in the BMW 540i 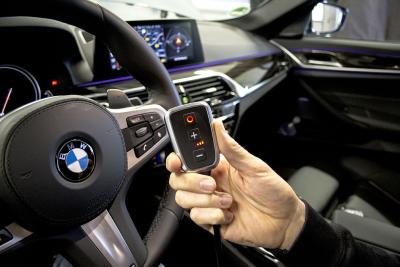 PedalBox with smartphone app for BMW 540i

The BMW driver selects the desired driving program via the new smartphone app. Available: Dynamic, Sport and Efficiency. The DTE engine tuning starts only when the appropriate engine operating temperature is reached – using the app’s integrated warm-up timer. The 5-driver is informed about the current engine performance with the sport instrumentation panel of the new app. The 5 series with rear-wheel achieves the 62 mph in approx. 5.1 seconds - with an all-wheel drive in just 4.8 seconds. The accelerator tuning system from DTE Systems – PedalBox – improves the BMW’s throttle response by up to 10%. Sounds enormous and feels just as spectacular. Connected to the electronic accelerator sensors succeeds the BMW (G30) sprints without delay - but with goose bumps.

Chip tuning for BMW 540i