The smart tuning of DTE Systems for the Audi A5 – now available!

It's just a small visual leap between the current Audi A5 (F5) and its predecessor. Why reinvent a successful model? The four-seater coupe has been sold over 320,000 times, since 2007. The current Audi A5 2.0 with 190 hp (295ft lb) represents the diesel base engine of the 4.65m long sports coupe. The engine convinces with economic behavior and is a real mile-eater, that will turn its opponents green with envy. 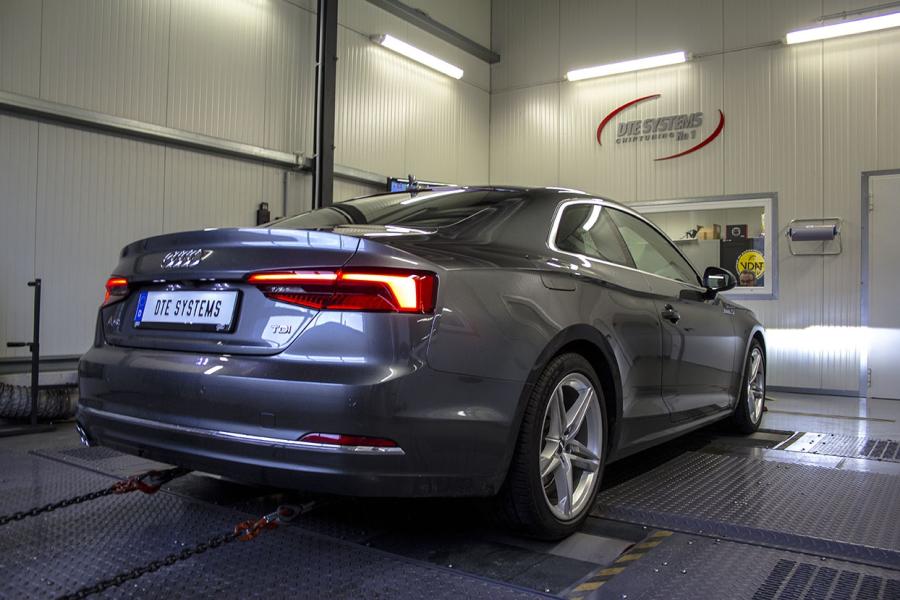 The two-liter TDI with its four cylinders runs quietly and with low vibration. Anyone who misses a certain sportiness here and an output beyond 200 hp, will be glad of using the tuning products from DTE Systems – especially the new performance tuning box PowerControl X. The chip tuning box is added in the Audi A5 and extra power is generated quick and easy. A final performance of 217 hp (+27 hp) and 354ft lb (+59ft lb) is the new overall performance. For comparison: The counterpart from Bavaria, the BMW 4 Series (F32) Gran Coupe loses the comparison of strengths in the acceleration on the next highway.

The smartphone app for Audi tuning

The DTE performance tuning box PowerControl X can be controlled via keypad or mobile app. The tuning extra power of the DTE chip tuning can be easily switched on or off. And at the touch of a button, the Audi driver chooses between the DTE tuned tuning programs: Sport, Dynamic and Efficiency.Another app’s highlight is the performance instrumentation panel, which displays all the engine’s relevant performance data on the smartphone display. In addition, an innovative accelerometer shows the current g-forces applying on the vehicle.

Chip tuning for Audi A5

Audi A5 with PedalBox and app

Accelerator tuning for the Audi A5

Chip tuning for Audi A5